The culture of beauty and its ancient secrets

A bit of history and archaeology

There is evidence of the use of scented oils in Etruria since the 7th century B.C. due to the presence of small and precious containers for this purpose. The Etruscan perfumers captured the fragrance from flowers, shrubs and herbs, including spikenard, cardamom, marjoram, lily, rose, laurel, myrtle and many others, using a similar process to the ancient “enfleurage” extraction technique which allows the “cold” treatment of delicate flowers such as roses, jasmine, tuberose, violets, orange blossom and many others. This technique is based on extraction using a solvent that can absorb the essential oils. To create ointments, the Etruscans added a liquid excipient to the floral essence obtained by squeezing immature olives (omphacium). Instead, to obtain the necessary alcohol base to make perfumes they squeezed grapes, to which they added resins or honey as fixatives. With regard to archaeological findings, the research carried out recently on the contents of the little vases provides information about the complementary aspects of the production, consumption and sale of types of intensive farming such as olive and vine crops. After a first phase in which the oil containers found in Etruscan tombs in Latium and Etruria were mainly imported, during the third quarter of the 7th century B.C. these vases began to be produced on site. These vessels for scented oils, like the containers for edible oil, were produced very widely in Etruria. At this time in Etruria oil and wine, previously considered exotic and luxury goods, became widely used as attested by the numerous containers frequently found in tombs from the early and middle Etruscan era. Particularly common were the small “bucchero” unguentaria, which imitate the imported Corinthian aryballoi and alabastrons. 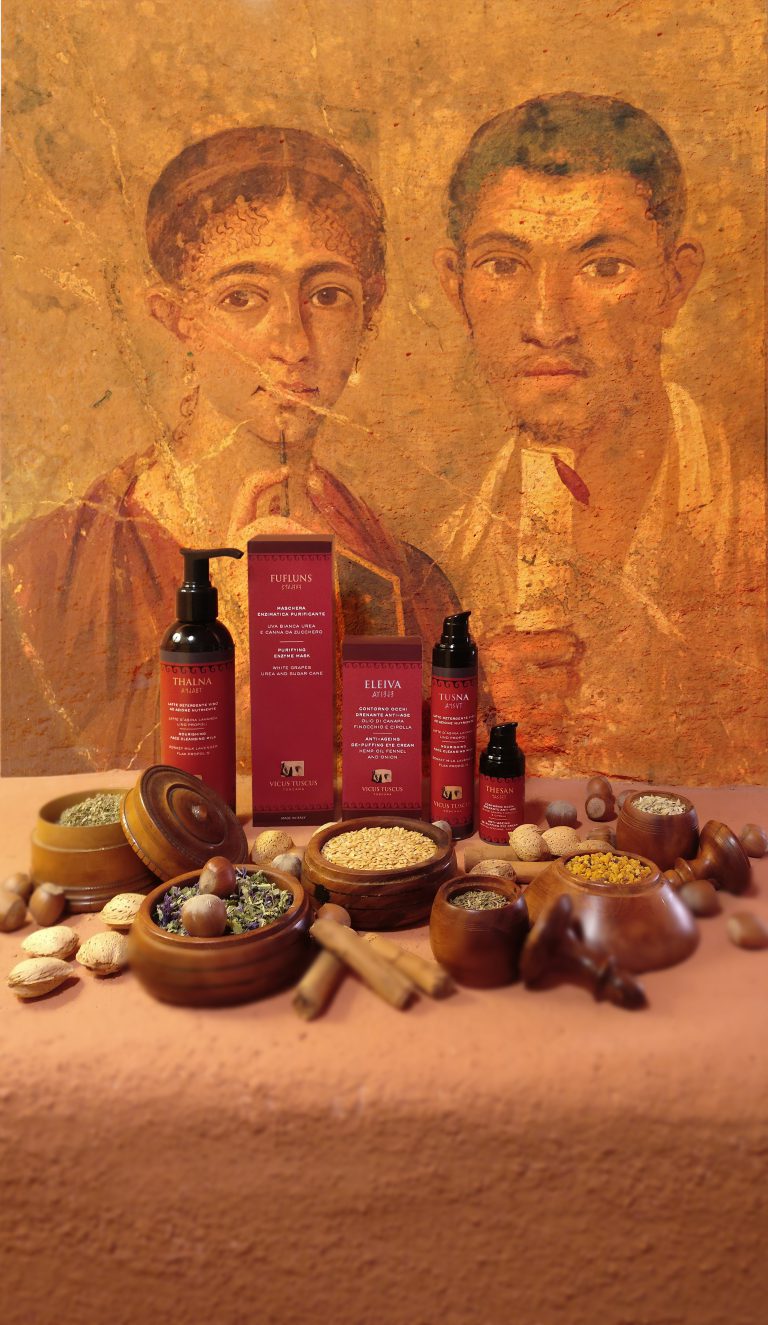 The Etruscans and Romans uses… back to life
San Gimignano where Vicus Tuscus was born and operates
The archaeological finds… speak!