The culture of beauty and its ancient secrets

Vicus Tuscus, an untouched ecosystem, a living laboratory that we want to reveal

Our Tuscany, ancient land of Etruria, praised by historians as the most rich in vegetation and varieties of oficinal plants, is fertile and lush, then as now, thanks to its particular climate and soil conditions, hills and gentle plateaus alternating with small valleys traversed by many waterways and thermal springs. Here, the Rasenna people, the ancient Etruscans, were able to “read” all this natural wealth and very soon gained knowledge of what today we commonly call natural remedies. Famed far and wide for their skills in effectively using the plentiful herbs and plants in their territory, they made tisanes for treatments, and beauty creams and ointments. Hesiod (8th century B.C.) tells that some Etruscan princes descended from the sorceress Circe from whom they received knowledge on how to prepare magic filters. In the same way, in Historia Plantarum X,15, Theophrastus of Eresus, disciple and successor of Aristotle (4th century B.C.) states that in Etruria there were a great number of species of oficinal plants and that the Etruscan people created medicines and cosmetics. The famous poet Virgil (1st century B.C.) remembers that since the beginning of the Roman civilization, almost all of the medics in Rome were Etruscans. In “Naturalis Historia”, Pliny the Elder (who lived between 23 and 79 A.C.) wrote about the Etruscans’ abilities in cultivating wine and olive plants, and in the production of precious oil, the main basis of ointments, perfumes and creams. Their fame was still alive in the 5th century A.D., when Martianus Capella (de Nupt. 6,637) said: “Etruria is famous as the source of all drugs and cosmetics… “ 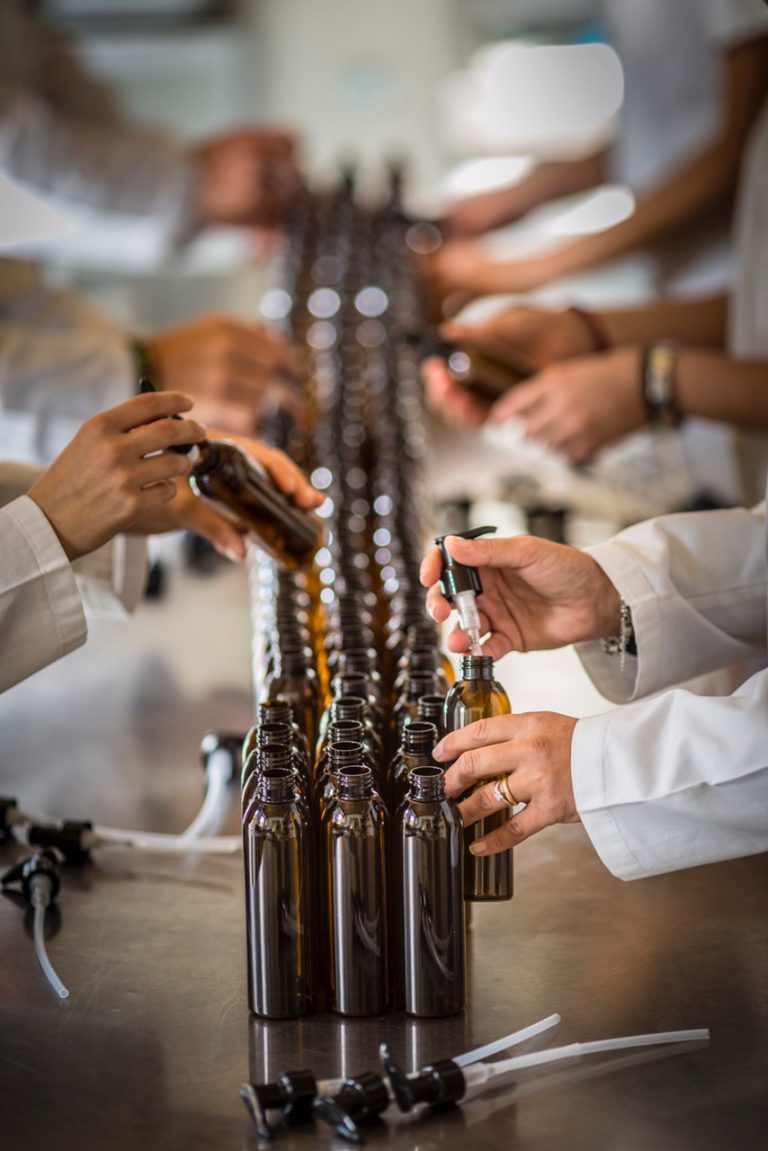 “Vicus Tuscus” and his philosophy of Km.0
Our herbs with organic certification
Etruscan stone symbol of our valley